As the name suggests, Luton Town Supporters' Trust is for the fans of Luton Town Football Club. Central to everything they do...

As the name suggests, Luton Town Supporters' Trust is for the fans of Luton Town Football Club.

Central to everything they do is ensuring the voice of the fans is heard, whilst also ensuring the future of the Football Club is one of success. When we spoke to Nigel Green, membership secretary for the trust, he said that it is all too common in recent years for wealthy investors, with no loyalty to a Football Club, to see it solely as an investment, and as a result, ignore the voice of the fans. To combat this, the Supporters' Trust was founded. Since their founding in 2008, the Trust has been granted the rights to the name of the ground, the colour of the kit and the badge (to name but a few) thus ensuring the identity of the Club and giving the fans a real voice.

Despite winning their battle to secure the Clubs’ identity, they were losing the war against admin. That's where we step in.

Luton Town Supporters' Trust Microsoft Access database had quickly become outdated and ineffective. As a result, Members’ information often got mixed up or neglected and payments were made late (or not at all!).

When discussing their old system, Nigel Green said: “Our old database was well past its time – it took a lot of maintaining and wasn't flexible. It wasn't too bad for storing basic membership data, but it didn't do near enough what we needed, such as allowing payment online as LoveAdmin does.”.

Due to the inflexibility of their old system, Nigel wasn't able to update Members’ information 'on the fly' or share it easily with other Trust Officials who needed access. On top of this, as they couldn't take payment online, this meant Members were required to pay by cash or cheque which required manual reconciliation against their records and regular trips to the bank.

Luton Town Supporters' Trust wanted to find a new software solution that would modernise and improve the way they managed their membership. Key to their choice was the need to increase payment collection rates, reduce administration time and improve their information database.

LoveAdmin's 'real time' payment reports helped them keep track of everything that was paid and owed, and as payments came in, the system would reconcile the payment automatically saving them many man-hours. Because payments were received electronically, there were also far fewer trips to the bank and cash flow was improved drastically.

Additionally, the software provides Members with their own online account where they can keep membership information up-to-date themselves. The process of the Member logging in and checking whether the information is up-to-date meant Trust Officials, like Nigel, no longer had to cross-check renewal forms with last year's spreadsheet. Commenting on the improved 'self-service' approach to membership information Nigel stated, “being the membership secretary I was at the sharp end of the stick, and LoveAdmin was a blessing!”.

LoveAdmin was also able to improve Luton Town Supporters' Trust's communication with their Members due to the integrated email tool. Previously, Trust Officials would spend time, and in Nigel's words “setting up a mailing list, printing the letters, purchasing the envelopes and then pay postage on top which was an absolute nightmare! Now we can easily send emails from within the system which has saved both time and money.”.

Luton Town Supporters' Trust has seen great results since switching to LoveAdmin's admin management software and tools. Since using the software, they have increased their payment collections by 30% - a rise of £5,000! As importantly though, we have successfully reduced their time spent on admin by 70%.

Here at LoveAdmin, we consider ourselves experts in admin, reflected in the feedback we receive from our clients. At the end of our discussion, Nigel also commented, “The LoveAdmin system does everything we need. It has reduced my workload hugely, and considering we're all volunteers, this is appreciated hugely.” – yet another success for the LoveAdmin team! 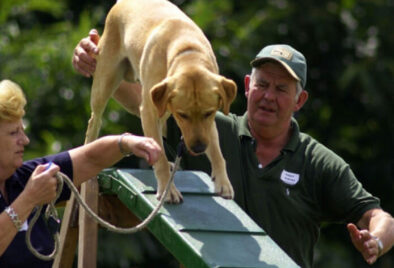