Renewal cycles may form an integral part of the smooth running of your organisation, not to mention its financial stability. But, have you ever considered that your choice of renewal cycle may actually be having a detrimental effect on your organisation’s growth and retention rates?

Subscription management can be streamlined with software, such as LoveAdmin, which makes the renewal process easier. The aim of this post, however, is to highlight why choosing the right renewal cycle should not just be about finances and resources. Instead, it should take into account your desired membership growth and retention rates too.

What Is Your Renewal Cycle?

Let’s look at the two most commonly used renewal cycles by organisations:

Calendar Cycle: Renewals take place on a fixed date each month or annually, regardless of when someone has joined. Typically, this is the preferred method of most organisations as it requires less resources.

Anniversary Cycle: With this cycle, people renew on the anniversary that they first joined the organisation. For larger organisations, whose numbers run into the ‘000s, this type of cycle helps spread the workload over the year and can be automated with subscription management software, like LoveAdmin.

Each renewal cycle has its pros and cons, and much will depend on the size and financial stability of your organisation when it comes to choosing the right one. But, financials aside – let’s talk about how renewal cycles can impact your growth and retention rates.

How Your Choice of Cycle Could Impact Growth

Surveys of organisations in America have shown that there is a link between renewal cycles and retention and growth rates. A survey conducted by Marketing General Incorporated (MGI) and published in their Membership Marketing Benchmarking Report, showed that organisations using anniversary cycles experienced a growth in numbers, whilst those using calendar cycles had a higher retention rate.

Generally, this can only confuse, and potentially force organisations into choosing a cycle that will meet just one priority when it comes to membership – growth or retention. However, the report goes on to point out that new additions are often the lowest group to renew. According to Tony Rossell of MGI:

“There’s also an important relationship between new-member acquisition and renewal rates … New members are always the lowest renewing category, so the higher your new-member input is, generally speaking, the lower your renewal rate is.”

This seems to indicate that by choosing an anniversary renewal cycle you will experience a certain amount of volatility in numbers. Whilst larger organisations may be better placed to cope with this, fluctuating numbers may be harder for smaller organisations to manage.

What’s Best For Your Organisation?

Ultimately, the choice of renewal cycle will come down to a balance between what is best for your organisation and what is best for people joining. An anniversary cycle may well be peoples’ preferred option. But for many organisations, especially smaller ones, managing this is just too daunting a task. However, advances in subscription management software potentially changes this.

Membership software makes it far easier to implement a renewal cycle which works for both organisation and people joining.

LoveAdmin allows you to easily set your preferred renewal cycle and automate renewal notifications when payments are due. People can quickly pay their fees online and options can be set to collect monthly, quarterly, bi-annually or annually. Direct debits also provide peace of mind for organisations concerned about collecting regular payments.

So, if you are now wondering whether you should be changing your renewal cycle, Tony Rossell offers this advice:

“From a consumer perspective, a consumer’s expectation for best practice would be ‘I could join whenever I want to join, and I’ll pay for one year and get renewed a year later.’ And anniversary allows for year-round marketing and takes prorating of dues off the table. So, in general, my recommendation would be if you can operationally manage it with your staff and technology, it’s the right way to go.”

To find out which admin tasks, including automating your renewals, can be done quicker and easier online with LoveAdmin. Book a FREE, no-obligation demo by clicking here. We’d love to help you.

Looking for ways to expand your club and take on new facilities? Discover Part 2 of our Growth series here. 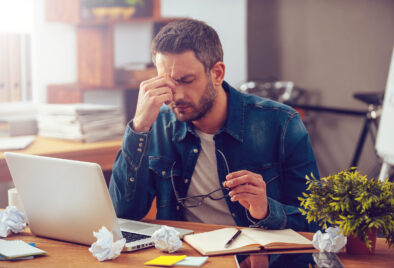 Tips on how to collect member feedback How do you …